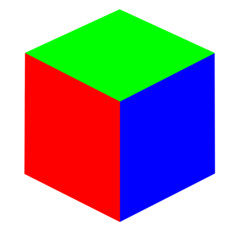 I started my career as a caricaturist artist in the late 90s, and my sensitivity in this genre was manifested through painting and sculpture. I participated and won prizes at festivals in several countries, such as Brazil, Argentina, Portugal, France, Romania, Serbia, Turkey, Syria, Iran and China. As a painter and sculptor, I contributed to television productions, where I worked on major projects such as "Hoje é dia de Maria", considered as a finalist in the 2006 Emmy Awards. I graduated in CG in 2009, combining my experience as a traditional artist with 3D. As an animator, 3D artist and compositing technician, I contributed to game projects for casinos, cinema and advertising, including the game 'Honey Buzness' and the film 'Noel de Walter & Tandoori' in 2011. Currently, I play a dual role as an 3D artist and professor for the 3D industry in Montreal.